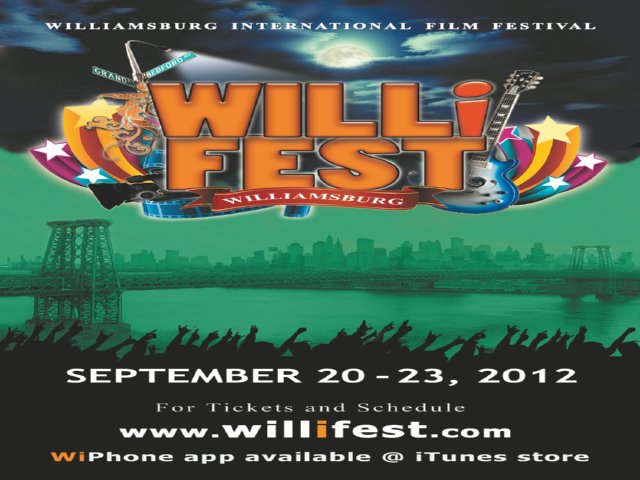 Nobody does a film festival quite like Brooklyn. We’re still catching our breath from the inspirational Williamsburg International Film Festival, or Willifest, as it’s known to locals. This fantastic NY film fest showcased an array of amazing films from new and established directors alike, and which we at Trendy Tripping were delighted to be a partner of.

This year’s Willifest proved to be one of the key events in Brooklyn this year. Hosted this year from the 20th-23rd September, the festival; one of the largest of its kind in the country, showcased no less than 110 films, from budding new directors to established and celebrated cinematographers. Viewers were treated to a veritable banquet of cinematic offerings, from high quality animations, to ground-breaking documentaries, and of course, some films were just pure, old fashioned fun. As far as films go, events in Brooklyn don’t get much better than this.

Of course, there are only so many films that a person can watch, even the most avid film buff; so visitors were treated to an array of other special events, with music and performance art. And for the younger guests, the feted Block Party was the perfect family event in Brooklyn, with child-friendly activities and the Harlem Globetrotters, was an absolute must-see for a real taste of true NY community spirit.