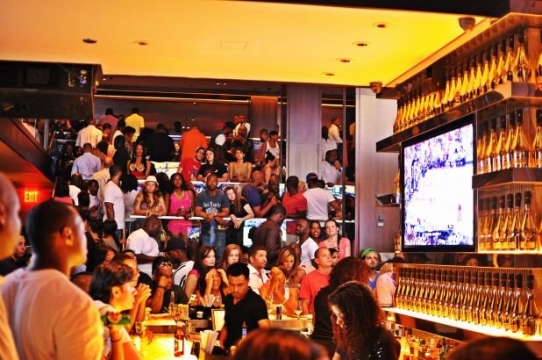 As the Brooklyn Nets get a new home at the Barclays Center, Jay-Z’s 40/40 Club also opens its newest franchise at the arena, becoming one of the newest restaurants in Brooklyn this fall.

The 40/40 CLUB is an upscale, all-American sports bar, lounge, and restaurant that opened in 2003 in Manhattan by rap/hip hop mogul Jay-Z and his partner Juan Perez. Named after one of baseball’s most prestigious achievements (players who hit 40 home runs and steal 40 bases in one season, of which there are only four players to achieve this feat), the 40/40 Club at the Barclays Center will offer 9,000 square feet of space and have a mix of sophistication along with collectables from this country’s greatest games. On the menu, guests will enjoy upscale, traditional American sports bar fare with selections including Buffalo wings, the club’s famous 40/40 club sliders in their own signature 40/40 sauce, as well as tasty sandwiches and salads, a variety of entrée items, and a whole array of mini desserts.

The 40/40 Club will open its new Brooklyn location at the Barclays Center on the opening night of the arena when Jay-Z performs in concert on September 28, 2012